A New Type of Two-Sport Athlete 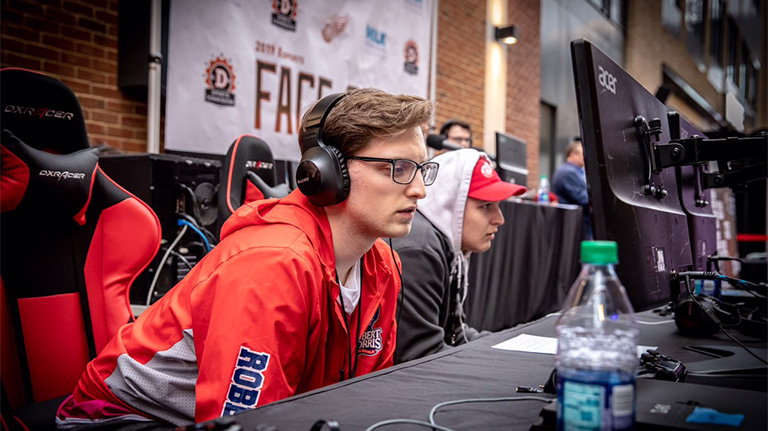 A New Type of Two-Sport Athlete

The life of any gamer is extremely challenging and requires hours upon hours of practice and dedication. But for David “JrPens91” Roebuck, honing his skills at EA Sports’ NHL is just another piece of his extremely busy schedule.

The good news for Roebuck is the fact that while he is not logged into the game, he still has the ability to get in some form of practice. He can still get reps in during his non-gaming hours by attending practice or playing in matches outside of the game.

Roebuck represents the rare athlete who has taken his skills on the ice to the screen, and in some occasions his skills on the screen to the ice. A hockey fan his entire life, the relationship between the two allows him to consistently perform at a dominant level in both.

If you are looking to join the club of gamers who are earning money for gaming, just like Roebuck, you can sign up for Boosted.Club. We make it easy to find and secure gaming sponsorship deals, increase twitch marketing and other advertising, and even provide services like e-commerce and website creation. If gaming is your passion and you want to make a career out of it, this is the place to be.

The Rise to Prominence

From before he could speak, Roebuck was built to game. His father tells him that from the age of 3, Roebuck would spend hours on an old PC platformer called CLAW. He would beat level after level, earning the respect of his older cousins as he outperformed their scores on a consistent basis.

In fact, Roebuck’s father’s old systems were what excited the young gamer about not only gaming, but virtual ice hockey specifically. On the N64, and the Super Nintendo systems, Roebuck would spend time playing hockey games that have earned notoriety among today’s big time EASNHL players.

NHL Breakaway ’99 is a personal favorite of Roebuck’s, and once he got a feel for how the game was to be played, he wanted a new challenge. By increasing the difficulty, Roebuck got to practice against an opponent who was so technically sound, if he did not play a perfect game, he would lose the match.

Match after match, day after day, Roebuck would continue to learn what it took to play perfectly.  Eventually, he got to the point where he was able to beat the Computer Player on the highest difficulty level every time.

In the 2013 iteration of EASNHL, Roebuck finally had the opportunity to play against other players around the country. To his surprise, he found that he had skills that could rival anyone, anywhere.

He achieved #1 rankings worldwide in both the 2013 and 2014 versions of the game, but then he hit a snag in the road.

Most tournaments had an age requirement of 18, and as a 16-year-old, Roebuck was not able to attend.

Roebuck decided that this dilemma provided him with a different opportunity. He made the choice to take a break from virtual hockey in order to pursue his own hockey career.

Roebuck had been playing hockey seriously for the majority of his life, and he was at the point where he was starting to really excel. As a result, he continued to mow through his opponents on the Wilkes-Barre Jr Penguins U18 team where he played for a majority of his teenage career.

Eventually, his impressive play on the ice earned him a spot on Robert Morris University’s Ice Hockey roster, and as he began his career there, and it looked like his career in esports might come to an end.

His favorite hockey moment comes from last season on the RMU squad where the team won the College Hockey Mid-America tournament to send themselves to the American Collegiate Hockey Association National Tournament. They greatly underperformed as a regular season team, and only earned a postseason berth by a single point, yet they came together and took home the trophy by turning it around in the postseason.

However, after he completed his first year at RMU, he was sucked back in by NHL 17. He found that there was almost no rust to shake off, and began to dominate immediately once again.

He earned a spot in the Gaming World Championships, and felt the enthusiasm for the game return as he continued to play at a high level. He even competed in the Snider Cup, where his only losses came at the hands of the two players who ended up in the finals of the event.

JrPens91 had returned with a vengeance, and there was no slowing him down once he reemerged as one of the best talents in the game.

Roebuck is often able to connect certain aspects of his gaming skills to the ice, which often can be a game-changer for him and his team.

In one instance, Roebuck was in a match against a very formidable opponent, and found his team reduced to seven skaters after only a few minutes. In a tightly contested fight, the game was tied with almost no time on the clock.

Roebuck had an opportunity for a breakaway down the ice towards the goalie, and remembered a video game tactic, that when executed correctly, was extremely effective versus a simulated goalie.

So why couldn’t it work against a real life one?

As the goalie left the net to try and stop Roebuck’s momentum with the puck, Roebuck flipped the puck over the goalie and in one fluid motion jumped over the goalie’s outstretched body to take the shot and score the game winning goal.

And if you think that is the only time Roebuck has been playing video game strategies in real life, then you are underestimating his vision and his will to do whatever it takes to win.

On the ice, Roebuck says that it is his knowledge of the system and anticipation of his opponent’s movements that set him apart from everyone else on the ice. One has to think that a lot of that comes from the ability to play as a whole team of hockey players whenever he boots up his system at home.

The Man Behind the Handle

Roebuck is not just extremely fascinating in his ability to seamlessly excel at two separate forms of hockey. There are just certain things about his character that when added into the picture help to understand how he can stay on the top in both worlds.

Whether the ice he is playing on is cold and solid, or pixelated, Roebuck is in it to win, every single time. He is motivated by success and has a competitive fire burning inside him that pushes him to be the best.

Roebuck believes he earned that ambitious nature from his father, who also took to his life with the same passion and commitment to victory. His father played Football and Basketball growing up, and he passed on to his son certain values. Always being ready for any opponent, never underestimating the desire of the person across from you, and never slacking.

In fact, as he has become a more dominant gamer, his father has begun taking to his son’s virtual hockey career as well. At first, he was skeptical when his son told him he was playing online for money in wager matches, afraid that it was all a scam. But as he learned more and more about the world his son was a part of, he became more involved.

While they may not fully understand every aspect of the world of being a professional gamer, Roebuck’s parents are enthusiastic supporters and sometimes opposition scouts. In fact, from time to time, Roebuck’s dad will talk to his son about what his opponent likes to do in a game and how to prepare for it.

Roebuck says it's like having a different perspective on how to win, and he loves that his father has gotten involved with this other part of his life as well.

Roebuck finds that sometimes people are only interested in talking to him about what he can do, on the real or digital ice, and not about the kind of person that he is.

Throughout all of the ups and downs of his career, Roebuck has never lost sight of who he is and what his values are. He is uncompromising in his dedication to maintaining his own individual identity as the world can sometimes change dramatically around him.

Roebuck is currently preparing for the 2019 NHL Gaming World Championship regional finals, where he will look to earn a spot to compete in the overall grand finals in Las Vegas on June 18th.

He has worked extremely hard to earn his spot in this illustrious event and he is a favorite to emerge as the United States regional champion, and to potentially take home the grand prize.

But whether it is in this event, or when he suits back up for RMU during the collegiate season, you can rest assured that the Forty Fort, Pennsylvania product will be ready.

Ready to push the envelope, and prepared to pull out his full bag of tricks, to the surprise and confusion of his opponents. 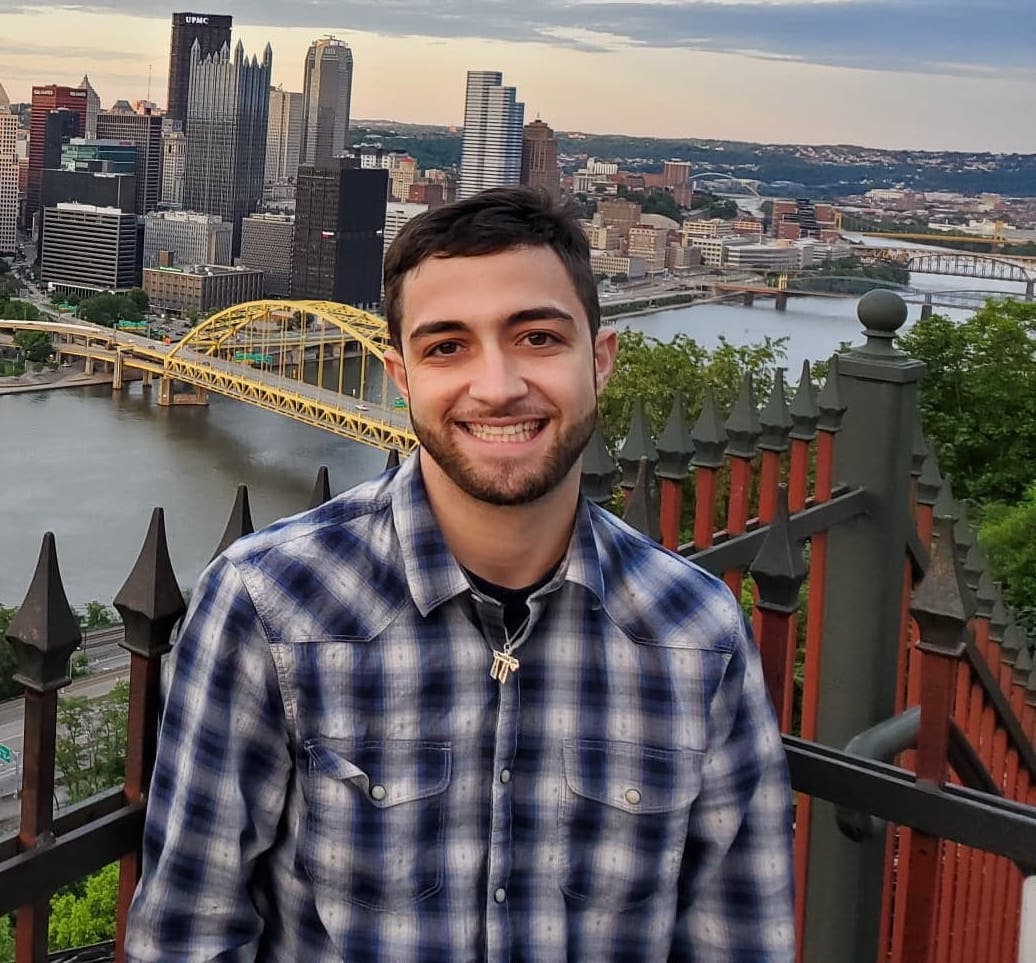